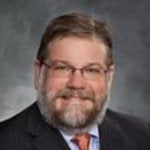 Charles 'Chuck' Runyan was born in Norfolk, Virginia, and lived in Jacksonville, Florida until his father retired from the Navy. Chuck's family moved to Phoenix, Arizona where he attended Greenway High School and graduated from Arizona State University with a BS in Chemistry. He completed his Ph.D. in Chemistry at Texas A&M and then his JD law degree at James E. Rogers College of Law at the University of Arizona in Tucson.

Chuck has been married for 35 years. He and his wife have 6 children, 2 are adult sons with families of their own, and 4 girls are still at home.

Chuck has worked with individual inventors and companies of all sizes for over 20 years. He has held law firm and in-house positions at Bard/Becton Dixon in Tempe, Arizona, ExxonMobil in Houston, Texas, Squire Sanders & Dempsey (now Squire Patton Boggs) in San Francisco, California and Guidant/Abbott Labs in Santa Clara, California.

Chuck has prosecuted and drafted patent applications and managed the prosecution and drafting of hundreds of cases in diverse areas such as natural product pharmaceuticals (including anti-cancer compositions), nutraceuticals, purified microbes, drugs, medical devices such as intravascular stents (and pharmaceutical and polymer coatings for those stents), robotic automation for constructing intravascular stents, intraocular lens materials, semiconductor processing methods and equipment, medical/surgical equipment, software, and industrial-scale polyolefin polymerization and polymerization catalysts.

He has prepared patent and trademark validity and infringement opinions, clearance opinions, and trademark oppositions. He is experienced with conducting domain name dispute arbitrations and negotiating cybersquatting dispute settlements.

Charles 'Chuck' Runyan is located in Phoenix, Arizona. He can work with you over the phone, video conference, or by email. He can meet you in person anywhere in the Phoenix area. Call about meetings elsewhere in Arizona. 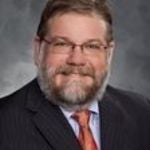